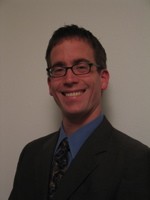 I am currently an assistant professor of electrical engineering at the University of Colorado at Boulder. My research is primarily in robotics and control theory, although I also am interested in some aspects of biological systems. After graduating with my degree in mathematics from the University of Arizona in 1997, I went to Caltech to get my Ph.D. in Control and Dynamical Systems (which I received in 2002). I then was a post-doc at Northwestern University and then worked as an aerospace engineer at The Aerospace Corporation (a company that has a similar relationship to the Air Force as JPL has to NASA). I have now been an assistant professor for one and a half years and recently received my National Science Foundation CAREER award.

In general, my work includes linear algebra, differential equations, differential geometry, probability theory and topology. I occasionally use graph theory and some abstract algebra in my work as well. Although I rarely use complex variables in my research, nearly everything electrical engineers do ends up involving complex variables, so I teach complex variables in several classes. Since I have been working in robotics, I have worked on problems related to the Mars rover explorations and manipulation problems related to manufacturing. I am currently working on dynamic representations of puppets.

Anyone interested in a job in academia should keep in mind that it is as important to do something interesting as it is to do something important. Therefore, I would strongly recommend that you choose a graduate school that will allow you to work on something you are very interested in, rather than only pursuing a school based on its reputation (though this is important as well).

Lastly, I would give the following advice for students considering mathematics as a major. A major in mathematics leaves more options open than almost any other technical major. As long as you also get some programming experience, you can go to graduate school in almost any area of science or engineering with only a few prerequisite courses. This worked very well for me. I don't believe I could have known when I was a sophomore in college that I would want to be working in robotics now.